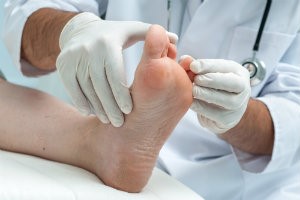 Initially conceived by Dan Aykroyd in the early ‘80s, Ghostbusters became a beloved film that spawned a sequel, TV series, and now, roughly 30 years later, a rebooted version coming out this summer. The movie’s influence has been rather extensive, even to the point where one could make the case that the name of the Discovery Channel’s popular series MythBusters played homage to the classic comedy-horror hybrid.

Now, here at Richardson Podiatry Associates, we tend to fall closer to the “myth-busting” side of things than we do the “ghost-busting” side, especially when we talk about athlete’s foot myths. One of our goals for being your first choice in podiatric care is to present all the facts so you aren’t being misguided when it comes to conditions that affect your lower limbs.

Athlete’s foot is a fairly common fungal infection, but it’s one that has some associated misconceptions. With this in mind, let’s start busting the following myths about the condition:

Don’t let the athlete’s foot myths mislead you about this fungal infection. Instead, check in with Richardson Podiatry Associates and discover the truth. Call us at (972) 690-5374 for additional information or assistance with scheduling an appointment. You can also request your appointment online with our Richardson, TX office today.

by Dr. Gene Reister [email protected]
Connect with me
Comments are closed.